Plastic surgeons all over the country are offering a shall we say “very interactive” approach to medicine.
Dr. Miami also know as Dr. Michael Salzhauer is taking the camera phone into the operating room. Want to know how a brazilian butt lift is done? Watch it via his snapchat. With 130,000 followers on Instagram and 12,000+ on Twitter, nothing about his procedures is left to the imagination.
Think its crazy? Well maybe not. More and more clients are open to bringing you in on the experience. This platform allows the next patient to get an idea of what to expect. “ This allows people to actually see what the process is like. It demystifies it so it’s a lot easier for them to take the plunge, so to speak, “ he said.
Makes sense right? One patient even said she was happy to share her story and thought how cool is it, stating I can watch my surgery later…
Want to know what your favorite plastic surgeon is doing in the O.R.? Prop your feet up and check it out from the comfort of your couch. Dr. Matthew Schulman has “several hundred thousand” followers and 450,000 views daily. That’s a lot of people interested in watching you go under the knife.
Platforms like snapchat and twitter allow the surgeon a truly interactive relationship, with not only their existing clientele, but new patients as well. Its an educational platform, in real time. What more could you ask for? Does this violate privacy and HIPAA? You bet it does, but physicians simply ask for consent and have an open dialogue on what will and will not be shared.

TO LEARN MORE ABOUT OUR COSMETIC SURGERY   SERVICES, PLEASE CONTACT US (817) 473-2120 OR EMAIL [email protected] TO SCHEDULE AN  APPOINTMENT.

How nice would that be? Hey, one can only dream that one day that will happen. In the mean time i know someone who is not mosquito but does in fact do an awesome job at sucking fat. Dr. Mark Bishara at The Paragon Plastic Surgery and Med Spa is highly recommendable as he has done many liposuction surgeries.  With the scare of the Zika virus being current in 2016, genetically modified mosquitoes have been released in tropical areas that show promise in controlling the virus. That being said, wouldn’t it be nice if mosquitos could suck fat?

How many of us have them….

Ok so between you and I, there is quite a bit a people that have some stubborn fat that we just can not get rid off. Exercising and dieting and and it just doesn’t go anywhere! Well a visit with Dr. Mark A. Bishara at The Paragon Plastic Surgery and Med Spa might just do the trick. Liposuction has been around for years and has had many marvelous results, at least that is the case here at The Paragon Plastic Surgery and Med Spa. So why not give it a try and get your body to where you’ve always wanted.

Making the decision to have liposuction done is not easy. The first thing you want to do is consult with Dr. Mark A. Bishara and explain exactly what you are aiming to do. As any doctor should Dr. Mark A. Bishara will recommend whats best for you and your health. Dr. Bishara will take before and after photographs making it easier for you to see the big change.

Giving you peace of mind 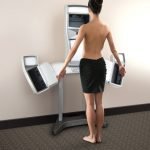 Ever debate whether to do a cosmetic procedure but nervous on what the result will be like? Let me introduce you to VECTRA 3D! VECTRA 3D was designed to help not only doctors but also the patients when discussing expecting results on their cosmetic procedure.

What is VECTRA 3D?

The VECTRA 3D simulator was developed by Canfield Imaging Systems with the purpose of giving the patient and doctors a better visualization on expected results of the procedure the patient has in mind of doing.

How exactly does the Vectra 3D work?

What the VECTRA 3D does is capture 3D photographs of the patient when coming in to the Paragon Plastic Surgery and Med Spa. The three dimensional photographs are taken at different points of views in order to create a virtual model of the patient.

How are the VECTRA 3d photos used?

Using the 6 still shot photographs the VECTRA 3D has taken a 3D model is automatically created.  It will be used as “before” photos. The VECTRA 3D will then display the patients own virtual model on the monitor. The model can be maneuvered on the screen giving Dr. Mark A. Bishara the ability to virtually enhance  the area in the body the patient desires. Dr. Mark A. Bishara can easily enhance the breast changing the size and shape, as well as facial features. He can show an image of the face being tightened, smoothed and resized! Fascinating huh?

CAN THE VECTRA 3D DETERMINE MY CANDIDACY?

Unfortunately no, the purpose of the VECTRA 3D is to help the patients determine and express the results they anticipate. During consultation and reviewing your medical history Dr. Mark A. Bishara will then determine if you are indeed a good candidate.

How accurate are VECTRA 3D images to actual results?

Results may be very similar to the simualtions. Vectra 3D simulations are based on the surgical techniques Dr. Mark A. Bishara uses during the surgical procedure.

Where to get more information on VECTRA 3D imaging?

TO LEARN MORE ABOUT OUR SERVICES, PLEASE CONTACT US (817) 473-2120 OR EMAIL [email protected] TO SCHEDULE AN APPOINTMENT.


In 1895, surgeon Vincenz Czerny was responsible for the earliest breast implant emplacement. He used the patient’s loose connective tissue from a benign lumbar lipoma, to repair the asymmetry of the breast where he had removed the tumor.


Morton I. Berson, in 1945, and Jacques Maliniac, in 1950, each performed flap-based breast augmentations by rotating the patient’s chest wall tissue into the breast to increase its volume. 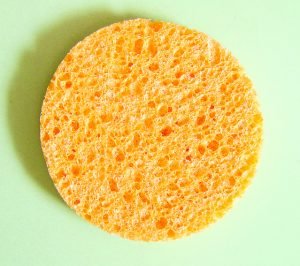 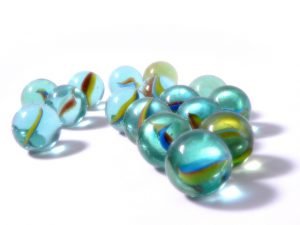 In the 1950’s, polyurethane, cartilage, wood and even glass balls, were all tried as breast implants. In addition, doctors started inserting sponge implants into women’s breasts. The sponge technique worked well at first, but did not last – the sponges soon shrank, and became “hard as baseballs” says Biggs.
In 1961, the American plastic surgeons Thomas Cronin and Frank Gerow, and the Dow Corning Corporation, developed the first silicone breast prosthesis, filled with silicone gel. “Frank Gerow squeezed a plastic blood bag and remarked how much it felt like a woman’s breast,” says Teresa Riordan, author of Inventing Beauty: A History of the Innovations that have Made Us Beautiful.”And he had this ‘Aha!’ moment, where he first conceived of the silicone breast implant.”


It was spring 1962 when Timmie Jean Lindsey, a mother-of-six lay down on the operating table at Jefferson Davis hospital in Houston, Texas. Over the next two hours, she went from a B to a C cup, in an operation that made history. Lindsey went to the hospital that day to get a tattoo removed from her breasts, and it was then that doctors asked if she would consider volunteering for this first-of-its-kind operation. Fifty years later Timmie Jean Lindsey remains delighted with the results, though there is no stopping the passing of time, she says. She is still very happy with the little piece of history she carries inside her body. “It’s kind of awesome to know that I was first,” she says.


In 1964, the French company Laboratoires Arion developed and manufactured the saline breast implant, filled with saline solution, and then introduced for use as a medical device in 1964. The significance began to hit home when Cronin presented the work at the International Society of Plastic Surgeons in Washington DC in 1963. “The plastic surgery world was absolutely set on fire with enthusiasm,” says Biggs. It was the decade in which Playboy magazine and Barbie launched. 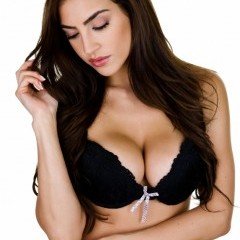 In the early days, they only had four choices or sizes – large, medium, small and petite. Now we have over 450 choices! It is 54 years since the first breast enlargement using silicone implants. Today breast augmentation rates as one of the most popular form of cosmetic surgery worldwide, undergone by 1,348,197 women in 2014.
[calltoaction]To learn more about Breast Augmentation, please contact us at (817) 473-2120 today or email [email protected] [/calltoaction]

Mothers everywhere are feeling the pressure to look like a supermodel weeks after welcoming their child to the world and turn to Mommy Makeovers. Many believe this mind set is due to our pop-culture. For example, Kim Kardashian, someone who is always in the spotlight bounced right back after her first child and was rumored to look even better than before her pregnancy. Dr. Diana Zuckerman, president of the National Research Center for Women & Families, describes this as “the trickledown effect”: “The most beautiful women are getting Mommy Makeovers to look even more beautiful, then having their photographs computer-enhanced, and the rest of us are left saying, ‘Why don’t I look that good?’” We say this with the intent to educate those that aren’t aware of the editing that goes on to make those in the public eye look picture perfect 24/7. It is best for mothers, and all patients, to go into cosmetic surgery with the end goal of increased confidence, self esteem and love for their body, not with the intent to look perfect. To find out the psychology behind women who choose cosmetic surgery after the baby please refer to the information below. Real Self surveyed mothers of all age ranges: 99.5% of them had work done after they had a child (or children) and 85% of them have had more than two kids.