Most people are a candidate for hair transplant surgery. However, in order to properly determine your candidacy for the procedure, an ARTAS physician will need to consider various factors, including age, family history of hair loss, current and projected future hair loss pattern (area of baldness), donor characteristics (laxity and density), and whether or not the goals of the patient can realistically be met.
The best way to find out if you are a candidate for a hair restoration procedure is to go to a surgeon that specializes in hair restoration. The answer will depend on the cause of your hair loss, your age, the stability of your donor supply, how extensive you hair loss is, your expectations and a number of other important factors that will be taken into account.
It’s important to have realistic expectations before undergoing a hair transplant procedure.
Remember there is a finite amount of donor hair that can be moved to the thinning areas of the scalp. If that hair isn’t used in an efficient manner the outcome of the procedure might not meet your expectations.  Every patient is examined on a case-by-case basis, but here are some general types of patients that are great candidates for hair transplants: 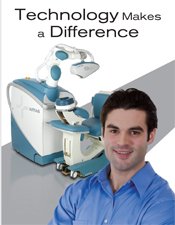 The best candidates for hair restoration surgery are:

Some women are candidates for hair restoration surgery. They are:

Hair Restoration is available for many areas, not just the head, although that is the most common place.  We also do hair restoration for eyelashes, eyebrows and beards.
Please visit the website of Dr. Bishara, who specializes in Hair Restoration, Robotic Hair Transplants and Plastic Surgery at www.MarkBisharaMD.com or call our office at (817) 473-2120.

A new hair-loss treatment is giving hope to millions of people with thinning hair.
The treatment, called Platelet Rich Plasma therapy — or PRP — could help regrow and thicken hair without surgery, drugs or expensive treatments.
PRP relies on the patient’s own platelets. The patient’s blood is drawn and placed in a machine, where the plasma is separated from the blood and injected directly into that patient’s scalp.
The platelets contain growth factors that stimulate the regrowth and thickening of hair follicles.
Eyebrow Transplants Enhance Fullness in Thinning Brows
“This is the best kept secret in the world,” Dr. Jeffrey Rapaport, a New Jersey dermatologist, told ABC News.
Tanisha Jimenez has used PRP and she says it has worked for her.
Jimenez said that years of pulling her hair back caused her to lose some around her face. Just weeks after her first treatment, her hair started to regrow, she said.
“It’s amazing,” she said.
Rapaport noted, though, that this isn’t considered a cure for baldness.
“It’s a treatment … What we’re doing is increasing the diameter of the size of the hair follicle,” he said. “And we’re keeping the hairs that would stop growing in the growing phase.”
The best candidate for PRP is someone who has recently started losing hair, Rapaport said. It won’t work for those who are completely bald, and it won’t regrow all the lost hair, he said.
The entire process, including the injection, takes about 90 minutes.
Rapaport recommends one treatment per month for the first four months and then two maintenance treatments per year. Some doctors add other hair-growth medications to the mix

Although platelet-rich plasma (PRP) has been used for many years in other medical specialties, including orthopedics,  it has only recently become one of the latest techniques with hair restoration.  PRP is used for all Hair Restoration/Hair Loss patients, including patients who have Robotic Hair Transplants. PRP is an exciting non-surgical therapeutic treatment for patients who require stimulation of hair growth for hair loss conditions. The use of PRP for the treatment of alopecia areata and androgenetic alopecia (hereditary male or female hair loss) is available from Dr. Mark Bishara’s office.
While PRP is in the early stages of scientific research in hair restoration, PRP is not meant to replace current FDA approved therapies such as DHT blockers and Minoxidil. but it is a promising non-surgical therapeutic option for those patients with hair loss.
What is PRP – Platelet Rich Plasma?
PRP Platelet Rich Plasma is the use of a person’s own blood platelets to enhance hair growth as a stand-alone treatment or to improve the recovery and results of hair transplant surgery. In the field of cell therapy and tissue regeneration, research is continuing to progress regarding the use of PRP’s ability to stimulate stem cells, improve wound healing, and rejuvenate skin and hair follicles. PRP is done in 3 month intervals
Growth Factors
The human growth hormone (hGH), insulin-like growth factor-1 (IGF-1), insulin-like growth factor binding protein-3 (IGFBP-3), basic fibroblast growth factor (bFGF or FGF-2), vascular endothelial growth factor (VEGF), and platelet-derived growth factor-BB (PDGF-BB)- levels are significantly elevated after PRP injection, supporting a possible ergogenic effect of PRP.
What is LLLT (Low Level Laser Therapy)
The LaserCap® using Low Level Laser Technology (LLLT) can help men and women of all ages who suffer from hair loss by emitting pulses of laser light energy to the scalp to stimulate the hair follicles and improve blood circulation in the area, encouraging hair growth once again. Men and women being treated for hair loss sit comfortably under the lasers as it gently delivers the phototherapy to the scalp. Most of our patients read a magazine during treatments. There is no pain or discomfort from the therapy–some patients do report some “scalp-tingling.”  The laser cap is much more successful and effective in hair restoration then hand held devices that are available on the market.   The usual treatments occur 2-3 times per week.  The laser cap is available to have treatments done in our office, or can be purchased and take home with you.
For more information on PRP, LLLT and other hair restoration treatments, please call our office at (817) 473-2120.  Please come in and get evaluated with an endocrine testing panel, that tests your thyroid, testosterone, iron, and serotonin levels, to name a few. We also refer out for scalp biopsies for female patients, to determine the causes of hair loss.
You can also visit us as www.MarkBisharaMD.com and our Facebook page at The Paragon Plastic Surgery and Medspa

Whether it is genetic, due to stress, or any medical condition – hair loss is a prime concern for many men and women these days. Various new techniques have cropped up in the market which can combat the condition with ease. Platelet-Rich Plasma or PRP, is the latest treatment to hit the hair loss market and is showing impressive results.
What is PRP?
PRP therapy, also known as Platelet-Rich Plasma therapy is a procedure that involves drawing out one’s own blood and centrifuging it so that the plasma with platelets collects in the tube. This plasma rich in platelets and growth factors is very useful in tissue regeneration and healing.  It is then injected on the scalp or rubbed on the scalp after performing a dermaroller treatment in the areas which suffer from hair loss.
Who should opt for PRP?
People who have thinning hair, and those with androgenetic alopecia (male pattern baldness – hair loss at the top of the scalp and a receding hairline particularly along the temples), women with male pattern alopecia can all benefit from it.
The treatment requires about eight sittings, each two weeks apart for best results. Along with it, one may have to take medications like minoxidil and propecia. Your doctor may also alternate between stem cell therapy and PRP as combination treatments have shown to provide good results.
Expected results
Patients will soon see a fuzz of hair after the fourth sitting. The treatment not only promotes hair growth but also strengthens hair follicles. It is quite a safe procedure without any side-effects. Since it involves drawing out blood and multiple needle pricks, it may seem uncomfortable and scary but a numbing cream is used prior to the procedure to reduce the discomfort.
Who can’t opt for PRP?
Though PRP treatment yields great results for people suffering from hair loss, it’s not for everyone.  People who have lost all hair cannot undergo this treatment as it does not help grow new hair on a bald patch. It can only make the existing thinning hair thicker by strengthening the hair follicles.
This information is brought to you courtesy of Dr. Mark Bishara and The Paragon Plastic Surgery & Med Spa