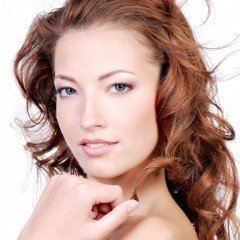 Eyelid surgery and facelifts are up. So are butt augmentations and neck lifts, according to new figures from the American Society of Plastic Surgeons that show a steady increase in cosmetic and reconstructive surgery procedures in the United States.
This was the fourth consecutive year of growth, the society reported, noting more than 15 million cosmetic surgeries and minimally invasive procedures were performed in 2013, an increase of 3 percent from the year before.
Nose jobs, liposuction and laser hair removal missed the boom, however. These procedures declined from the previous year, the report said.
Meanwhile, reconstructive surgeries increased by 2 percent, the society reported.
Better technology and new products, including a facial filler that uses hyaluronic acid (Juvederm Voluma) to treat mid-face volume loss as well as two types of silicone gel breast implants recently approved by the U.S. Food and Drug Administration, are likely the reason behind the upward trend, the society noted.
“The demand for plastic surgery remains strong, with our statistics showing increases in both cosmetic surgical and minimally invasive procedures,” said society president Dr. Robert Murphy.
“Facial rejuvenation procedures were especially robust last year, with more Americans opting for facelifts, forehead lifts, eyelid surgery, fillers and peels,” Murphy said in a society news release. “With new devices and products hitting the market each year, there are more options and choices available to consumers wanting to refresh their look or [undergo] a little nip and tuck.”
Of the 13.4 million minimally invasive procedures performed in 2013, the most common included:

With more people taking steps to smooth out their wrinkles and folds, the report noted that Botox injections jumped 700 percent since 2000. And hyaluronic acid facial fillers have increased 18 percent since 2012.
There were also 1.7 million cosmetic surgeries in 2013, up 1 percent from a year ago. Among the most common procedures:

Silicone implants were used in 72 percent of all breast augmentations, while saline implants were chosen for 28 percent of these surgeries. The experts noted new technology offers women more natural looking and feeling results.
Butt augmentation with fat grafting and neck lifts are two new procedures also on the rise in the United States, according to the report.
There were 10,000 butt augmentation procedures performed in 2013, up 16 percent from 2012. More than 55,000 neck lifts were also performed last year, up 6 percent from the year before.
Reconstructive plastic surgery to improve both the appearance and function of abnormalities also increased 2 percent in 2013. The top reconstructive procedures performed last year include: tumor removal, up 5 percent from 2012; laceration repair, with 254,000 procedures; and scar revision.
Breast reconstruction, with 96,000 procedures, was up 4 percent last year.
“It’s promising to see breast reconstruction rates rising,” noted Murphy. “Less than 20 percent of breast cancer patients undergo breast reconstruction because they are not always informed of their options, although studies show that reconstruction greatly improves quality of life.”
This News Brought to You Courtesy of Dr. Bishara and The Paragon Plastic Surgery & Med Spa
Please visit us on Facebook at The Paragon Plastic Surgery and MedSpa